My Son Sanctuary - UNESCO World Heritage Site near Hoi An


My Son Sanctuary is a large complex of religious relics that comprises more than 70 architectural works. They include temples and towers that connect to each other with complicated red brick designs. This was the place of worship of the Champa dynasty as well as the tomb of the Cham king or prince, the national interest. My Son is considered one of the main centers of Hindu temples in Southeast Asia and is the only heritage of this genre in Vietnam. Since 1999, My Son Sanctuary has been chosen by UNESCO as one of the World Heritage Sites. 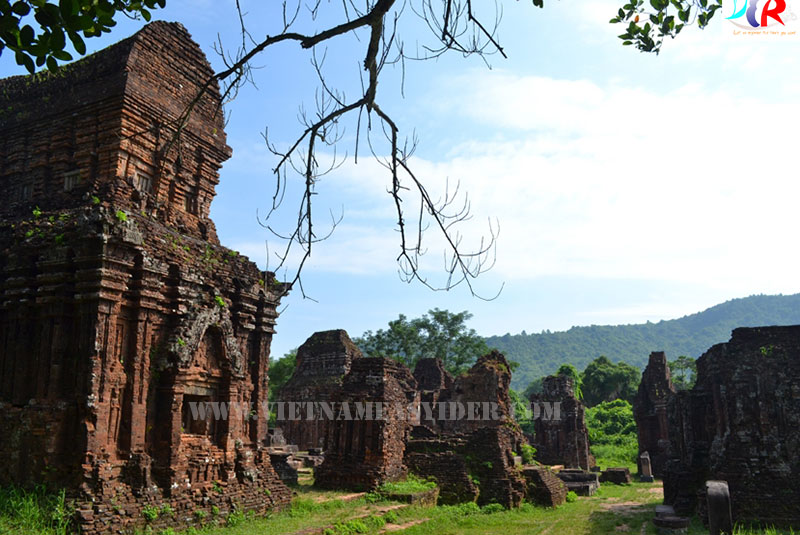 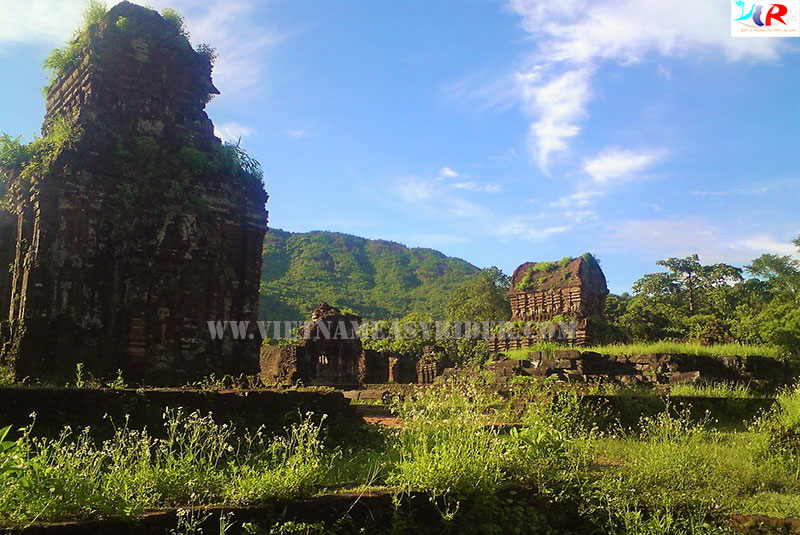 According to the ancient books, My Son Sanctuary was built in the late fourth century, under the dynasty of King Bhadravarman. The earliest inscription on the stele in My Son, said King Bhadresvara built a wooden temple to worship Shiva- Bhadravarman. More than two centuries later, this first temple was destroyed in a major fire. In the early seventh century, King Sambhuvarman rebuilt the Cham temple by bricks that still exists today. The emperors later renovated the old temples and built new temples to worship their gods. In the later of XIII century, King Pramesvaraman was the last dynasty that restored and construct My Son. In addition, the two kings: Harivarman (1074) and Jaya Harivarman (1157) who were worshiped there, also restored and construct My Son Sanctuary. Brick is a good material to retain the memory of a mysterious people and the technique of building Cham towers so far is still a mystery. People still do not find the appropriate solution for the material, the method of firing bricks and construction.

With more than 70 brick-and-stone constructions built between the 4th and 13th centuries, My Son Sanctuary became the most important religious and cultural center of Champa Kingdom.

During the Vietnam War, the valley served as a retreat for the Vietnam. About 50 temples were completely destroyed during the bombardments by the Americans. Today, the entire area is still marked by bomb impacts everywhere. Traces in the existing temples and steles still bear witness to the volley of gunfire. 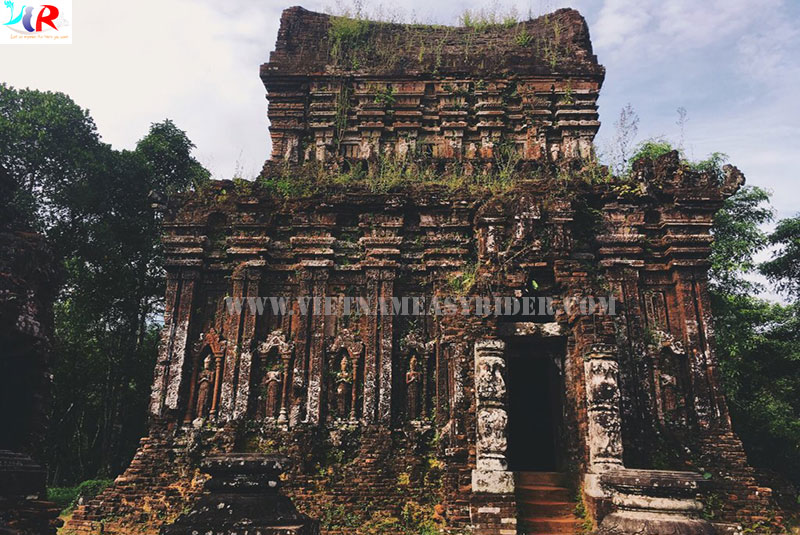 *** Architecture of My Son Sanctuary:

According to many researchers of the ancient Cham towers, the architectural art of the Cham towers at My Son Sanctuary is the convergence of different styles, including the continuity of the ancient style in the 7th – 8th centuries, the Hoa Lai style of the 8th – 9th centuries, the Dong Duong style from the mid-9th century, the My Son and My Son – Binh Dinh styles, etc.

Arranged in clusters, from two or more towers. There are walls, yards, roads connecting the towers together. Each tower has its own function. 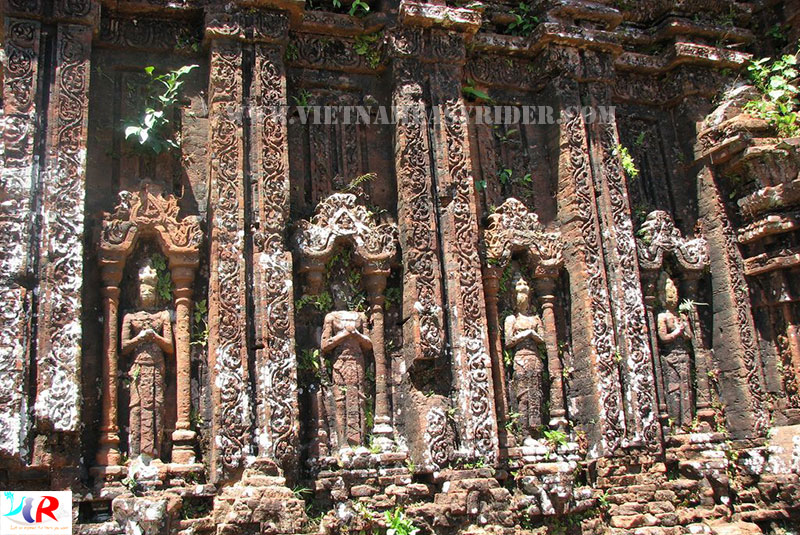 - Is located in the middle

- Worship Linga or Shiva (guardian deity of the kings of Champa) 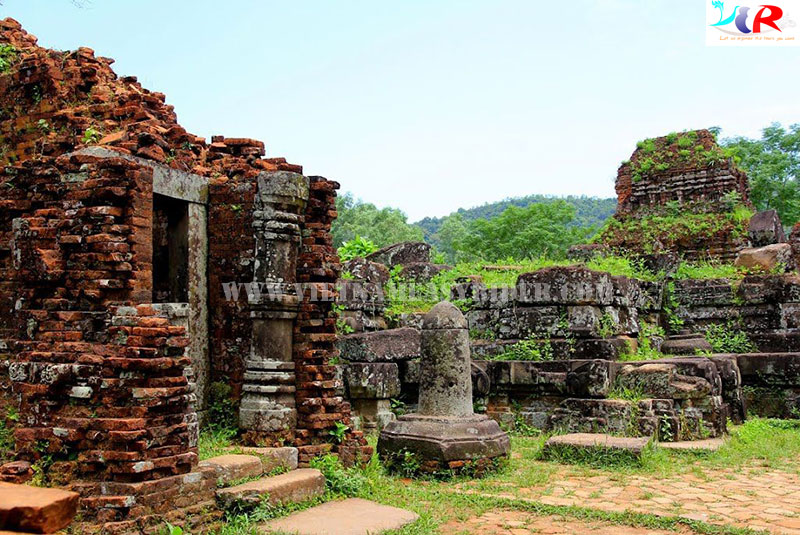 - In the front: there is a gate tower (Gopura) which has 2 interconnected doors: one door towards to the east (to recept the sunlight), one door
towards the main temple.

- Around the main temple are the small temples or substructures.The towers have pyramid, a symbol of divine Meru peak, the residence of Hindu gods.

Can not compare with other historical temple complexes in Southeast Asia, such as Borobudur of Java in Indonesia, Angkor Wat of Cambodia, Bagan of Myanmar and Ayutthaya of Thailand. But My Son Sanctuary still has an important place in Southeast Asian art because it is the only relic of the whole area with continuous development for almost 9 centuries.

*** TIPS on visiting My Son Sanctuary:

Hoi An motorbike Tour to My Son Sanctuary